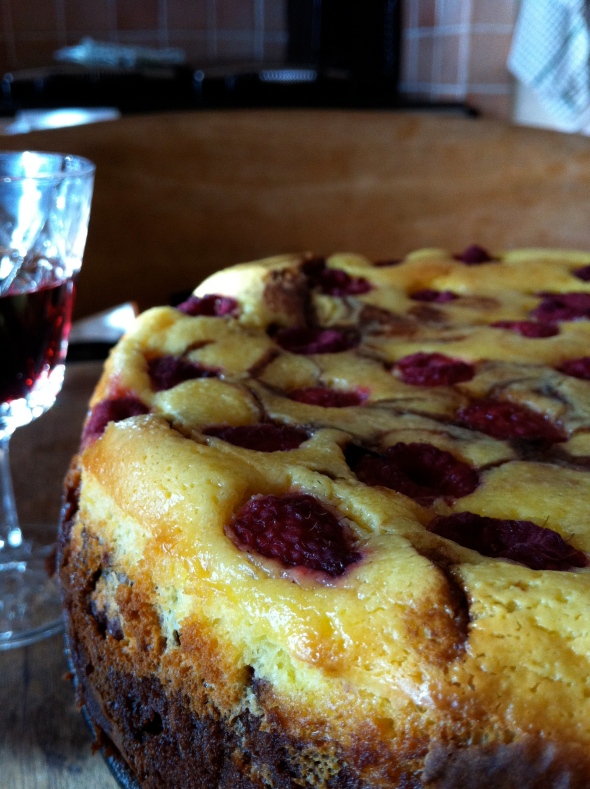 Chocolate and raspberry cheesecake brownies with a glass of Wisniowka

This weekend I went home for Bonfire Night and to eat as much as humanly possible apparently. We arrived late on Thursday night after a long drive down from London to be welcomed with a home-made pasty each. My mum then proceeded to roll out home-made ginger cake, Welsh pancakes and butternut squash soup on Friday, and we spent yesterday in Fowey eating fish and chips on the quayside.

Inevitably, whenever I come home to relax I always end up baking, so yesterday evening I had a go at mum’s treacle toffee – made every year when we were small for Bonfire Night. Still not content with the amount of sweet stuff in the house, I then woke up this morning and baked Felicity Hood’s chocolate and raspberry cheesecake brownies.

The recipe is taken from Green & Black’s new cookery book, “Ultimate Chocolate Recipes: The New Collection”, which was released last month. I’ve been meaning to make them ever since I got the book, partly because when I was younger one of my favourite treats was a chocolate cheesecake brownie made by Marks & Spencer. I decided the best time to have a go at it would be at home where I can use our chickens’ eggs  (this recipe calls for 7!). Here are some pictures of the method. We’re eating it today after a roast beef dinner, so I’ll give you an update on the flavour once we’ve polished some off.

I followed Felicity’s instructions to the letter. The only adjustment I found I had to make was the tin size. Her recipe calls for a 20cm square brownie tin, but the one I had was just too small to fit all the mixture – it could have just been too shallow. Anyway, I switched to a 23cm cake tin, which you’ll see in the pictures below.

Ingredients for the brownie mix:

Ingredients for the cheesecake mix:

Beautiful golden eggs from the farm 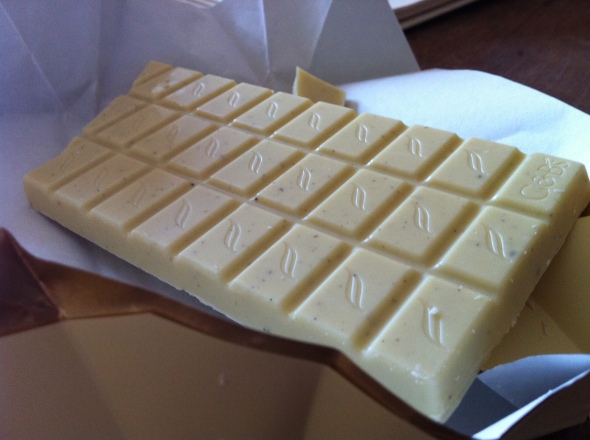 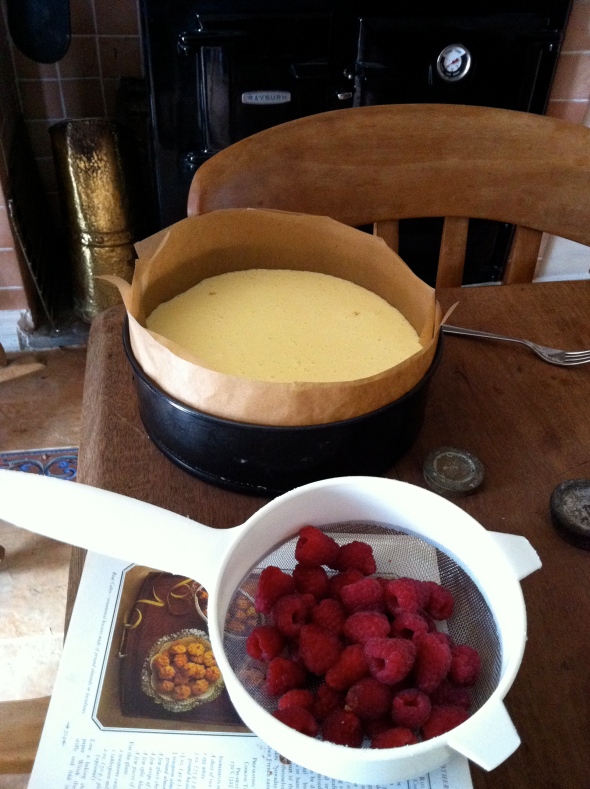 Cheesecake and brownie mixture with raspberries ready for stirring

07 Nov This entry was published on November 7, 2010 at 2:52 pm. It’s filed under Recipes and tagged brownies, cheesecake, chocolate, Cornwall, Green & Black's, raspberries. Bookmark the permalink. Follow any comments here with the RSS feed for this post.